The X Games are watched by millions worldwide. But only a few of these viewers are skating, snowboarding, and action sports experts. Which means that—to most casual fans—the trick names called out during a run might as well be in a foreign language.  So we created Trick Track, a feature of the new XGames.com and X Games apps which uses real-time data and 3D models to display an athlete’s run as it happens—listing tricks by name and giving fans a simple explanation of what they actually mean.  Here’s how it works. An athlete executes a trick. The trick is mapped against a 3D model of the course. And users can then choose a trick to get an explanation—which takes something like a “Double McTwist 1260” and simplifies it to “2 flips and 3.5 spins.” All in real time. 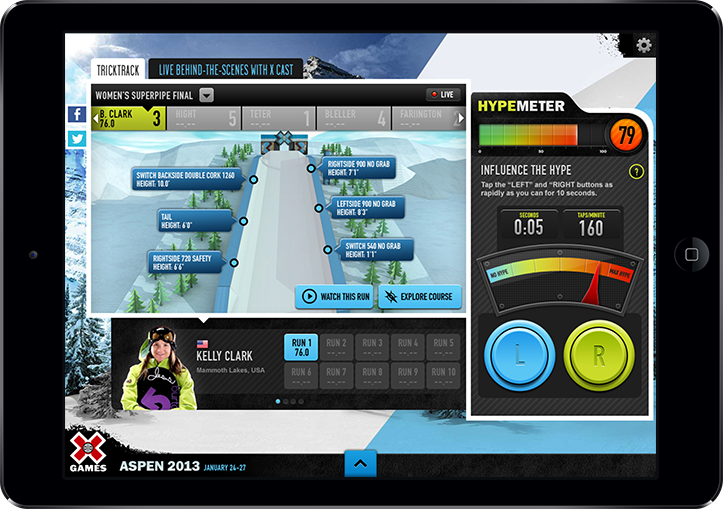