For two months during the summer of 2007, Trevor became anyone and everyone's intern.  He occupied space at Mentos's headquarters in Kentucky and was livestreamed from 9-5, 5 days a week.  You could schedule him to do tasks for you - like sing a song to your girlfriend, or even break up wiht her.  Trevor ended up doing all kinds of things.

MentosIntern.com was a hit.  The server even failed once because of all the traffic.  People would stay on the chat even after trevor had left for the night.  It was quite the phenomena. 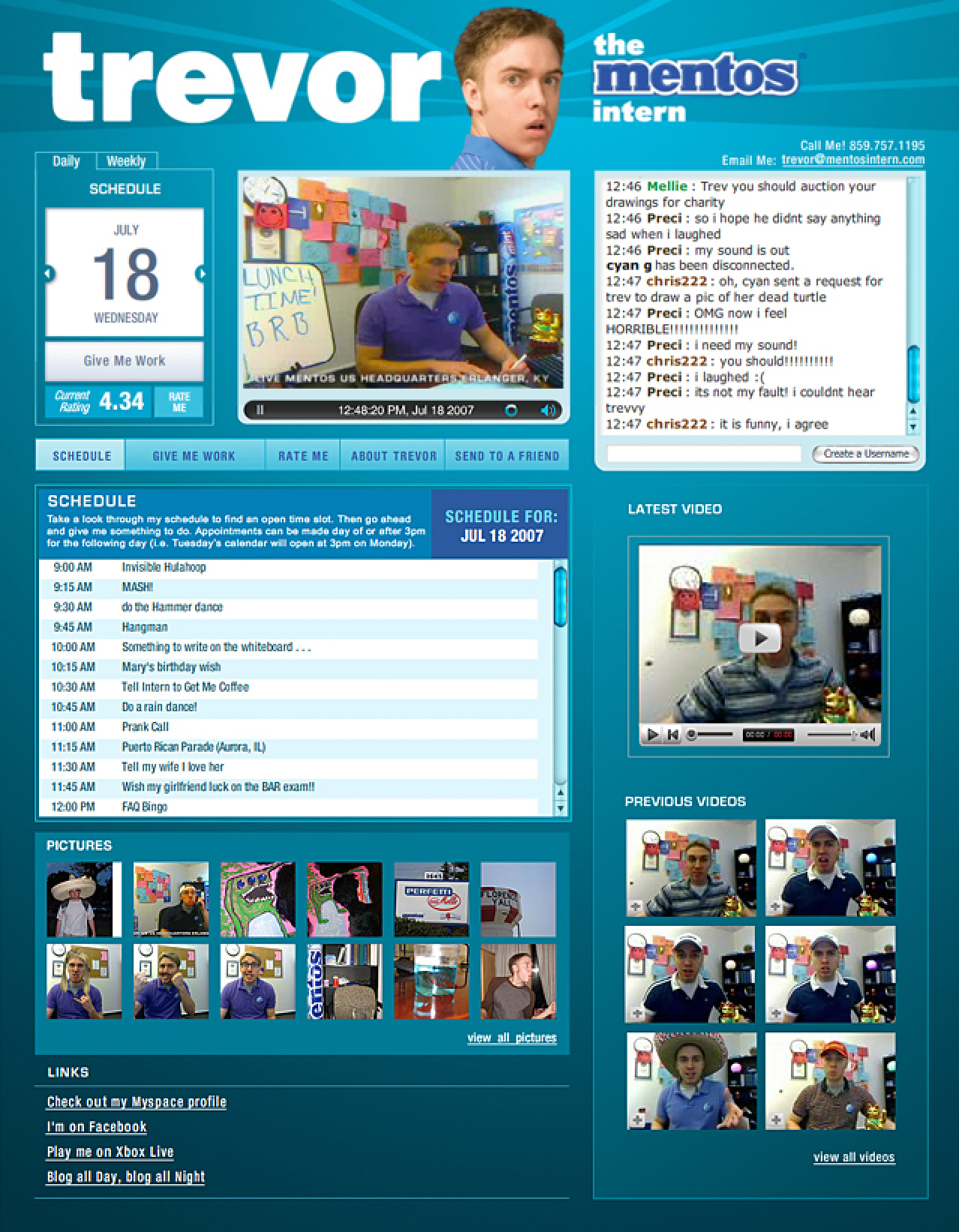